The Parliament has adopted, and

The President of the Republic is promulgating the text of the following Law:

Banks established in Lebanon in the form of joint-stock companies, and banks that are branches of foreign companies, are subjected to professional secrecy, provided that the said Lebanese and foreign banks obtain, for this purpose, a special approval from the Minister of Finance.¹

The Agricultural, Industrial and Real Estate Credit Bank shall not be governed by the provisions of this Law.²

The managers and employees of the banks mentioned in Article 1, and any person who, owing to his/her capacity or position, has access by any means to the banks’ books, operations and correspondence, are absolutely bound by banking secrecy in the interest of the clients of the said banks. These persons may not disclose any information known to them about the clients’ names, funds, or personal matters to any party, be it an individual or a public authority, whether administrative, military or judicial, except when authorized in writing by the concerned client, his/her heirs or legatees, or in case the client is declared bankrupt, or there is a lawsuit involving banks and their clients over banking operations.3

Article 3:
Banks mentioned in Article 1 are entitled to open for their clients numbered deposit accounts whose holders’ identity shall be only known to the manager of the bank or his deputy. The identity of a numbered deposit account’s holder shall be disclosed only with his/her written authorization, or that of his/her heirs or legatees, or in case he/she is declared bankrupt, or there is a lawsuit involving banks and their clients over banking operations. These banks are also entitled, under the same conditions, to lease numbered safes.

Article 4:
The funds and assets deposited with the banks mentioned in Article 1 may not be seized without a written authorization from their holders.

Article 5:
The granting of the authorization mentioned in the previous Articles may be priorly agreed upon in any type of contract. Such authorization may not be revoked without the agreement of all contracting parties.

Article 6:
In order to safeguard their invested funds, banks mentioned in Article 1 may exchange confidentially, and only between themselves, any information related to their clients’ debit accounts.4

Article 7:
Banks mentioned in Article 1 may not invoke professional secrecy, as stipulated in this Law, upon receiving requests from judicial authorities in relation to illicit enrichment lawsuits, introduced pursuant to Legislative Decree No. 385 of February 18, 1953 and the Law of April 14, 1954.

Article 8:
Any person who intentionally violates the provisions of this Law shall be punishable by imprisonment for a period of three to twelve months. The same punishment shall apply to any attempt of violation6.

Public prosecution shall be only instituted through a complaint by the injured party.

Article 9:
All legal texts inconsistent with the provisions of this Law, or at variance with its content, are repealed.

Article 10:
This Law shall become effective two months following its publication in the Official Gazette.

1- The obligation to obtain a special approval was repealed pursuant to the provisions of Article 139 of the Code of Money and Credit.
– See the Law published by Decree 5439 of September 20, 1982 (On Adopting Tax Exemptions for the Development of the Financial Market).
2- See Article 43 of Law 28/67 of May 9, 1967 (On Amending and Completing the Banking Legislation, and Establishing a Mixed Institution for the Guarantee of Bank Deposits).
3- See Article 15 of Law 2/67 of January 16, 1967 (On Imposing Special Provisions on Banks with a Payment Suspension Status)
– See Article 2 of the Law published by Decree 9976 of April 1, 1975 (On Empowering the Government to Exempt Deposits and all other Banks’ Liabilities in Foreign Currencies from some Taxes, Fees and Obligations
(creating a free zone between banks)).
– See Article 49 of Legislative Decree 153 of September 16, 1983 on Associations (the right of the Ministry of Finance or the Ministry of Interior to take cognizance of bank accounts held by political parties).
– See Articles 6 and 17 of Law 110 of November 7, 1991 (On the Adjustment of the Banking Situation)
– See Article 3 of Law 192 of January 4, 1993 (On Facilitating Merging Operations between Banks). 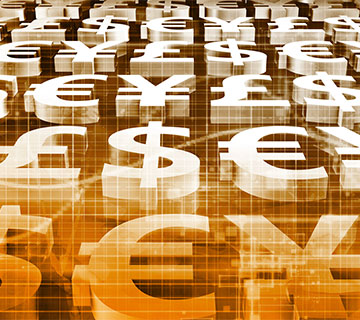